Edutechie - the adventures of a learning technologist 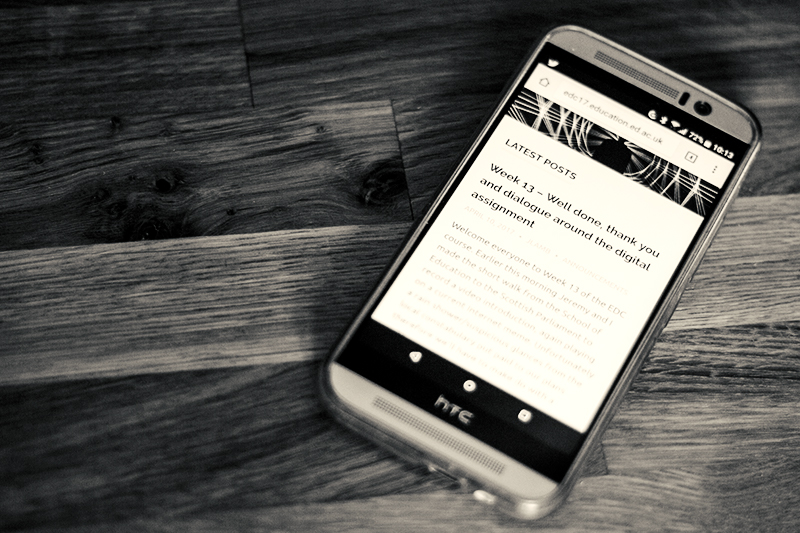 Today’s “thing”: I’m reflecting on information security and my smartphone

I’ve been spending a while between these last few blog posts for my digital capabilities adventure because I wanted to take some proper time to reflect on things. A lot of what’s involved in this project are things I interact with and discuss every day, so it’s easy for me to just bring out the everyday chat without actually thinking a new. So I thought I might approach this post a little differently, form the perspective of someone who is in the position of feeling overwhelmed and under educated on the subject of device security. I say device because really this affects a lot more than my smart phone.

In general, I consider myself to be “ok with tech”. I absolutely do not consider myself to be a techie or in anyway an IT whizz. In fact I am constantly telling folk at work that I am not an IT Bod, I don’t work in IT because I don’t want to set unreasonable expectations of my capabilities. I would describe myself as an “end user” who likes gadgets. A few years ago I would have said I was pretty confident about looking after security, permission etc on my devices but a change happened and now, I feel that I have no control or knowledge of my devices in that regard.

I switched from windows computers and android phone and tablet to apple computer and apple phone and now apple tablet. It was a mountain to climb, I don’t mind admitting. However, what it did, was force me to stop and think, rather than run on autopilot. I had to do a lot of internet searching and reading to work out what on earth was going on.

So hence why I said I was approaching this blog post from the perspective of someone who was completely overwhelmed by tech.

It all started with my phone. Having to learn to use an iPhone was one thing, but when it came to working out why my battery was dying so quickly that internet searching made me realise how much of the phone was giving access to apps etc that I knew nothing about. Sending data and using location software which was all draining the battery but that I hadn’t realised were running in the background.

I have since gone through and limited this to things I want to access stuff but it made me realised how much of our privacy and security is taken for granted by these big companies. My iphone, straight from the box was automatically sending:

To be realistic, this probably sounds like a really big deal when in fact you can go in and turn these off but it’s something you need to be aware of before you will know to turn them off and it isn’t just an apple thing, all the big companies are doing this.

So, go have a check at what is being shared, given access, recorded etc. It’s always good to expand your knowledge, right? 🙂

Digital footprint – what info of yours is public