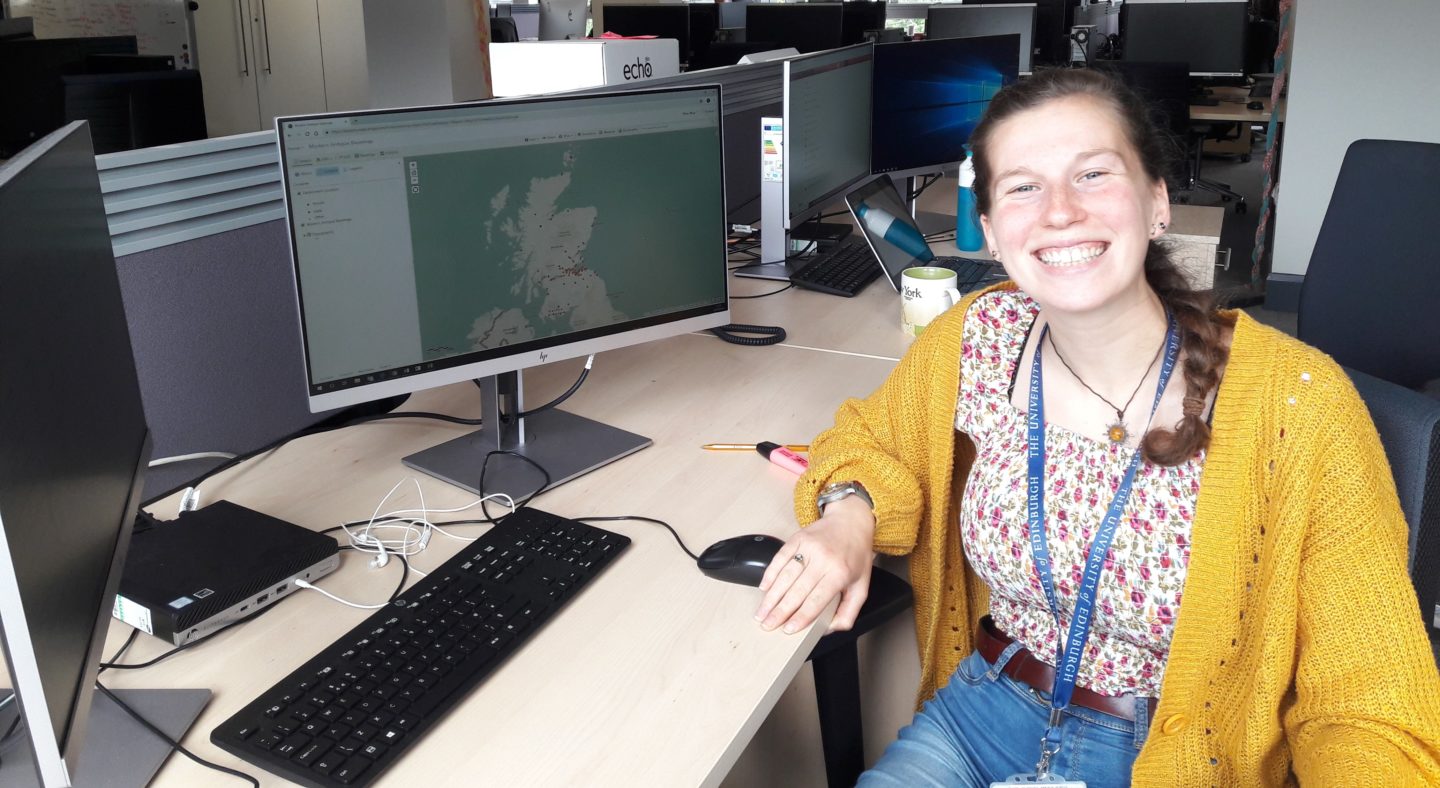 As the time left of my internship seems to be running away from me, I decided to use my time wisely by using this week to focus on quality assuring the Wikidata uploads. This process involved trying to work on many small tasks over the week to ensure that my Wikidata uploads are accurately displaying the information from the dataset. By the end of this week I am now confident in my different Survey of Scottish Witchcraft uploads onto Wikidata.

I began my editing by adding labels for some of the trial pages which had no label. Within the database some of the accused witches had multiple trials and each trial has its own item on Wikidata. However, Wikidata tends to not allow for there to be multiple items with the same label and description, resulting in many of the trial pages having no label. I decided the best way to change the trial items with no label was to make their label slightly different from the other labels.

This allowed for all of the trial items to have labels and be easily identified for each accused witch.

The next issue I tried to fix was errors in the dates, as some of the dates on the accused witches and trial pages were still very wrong. I realised that OpenRefine seemed to be changing some of the dates (in YYYY/MM/DD format) to completely random dates for no real reason. So I decided to go back through all of the OpenRefine projects that I had used for uploading dates and changed any of the dates that had been altered to the correct date. Hopefully the date issue has now almost been cleared up.

Adding methods of torture to Wikidata

After a few weeks, torture type had now been added to Wikidata as a new property produced called ‘manner of inhumane treatment’. This new property allowed for the torture types from the Survey of Scottish Witchcraft to be added to Wikidata. There are records of torture methods employed for 55 different accused witches and these records give a great insight into the different torture mechanisms during the period.

On Tuesday I had my final meeting with Professor Julian Goodare and Dr Louise Yeoman who were the project directors of the Survey of Scottish Witchcraft Database. At the meeting they wanted to discuss my work and hear about the project. I thought that the meeting would be very intense as it is important that the founders of the witchcraft database liked my work and found my work it was historically accurate.

However, I was very pleased that they were impressed with my maps and the work that I had done over the past few months. Julian and Louise also gave me advice on changing areas of the project to make it more accurate.

After my meeting with Julian and Louise, I have also received some help in identifying the location of different execution sites which I had been struggling to locate. I now have the full dataset for places of death added to Wikidata.

So far there are not any sets of temporal data uploaded onto Wikidata that relate to every accused witch. Therefore, it was decided that the case dates should be uploaded to Wikidata. There is a case page for each accused witch on the Survey of Scottish Witchcraft which describes the formal investigation of witchcraft for each accused witch. Some of the accused witches have case start and end dates while others just have a start date. I decided to upload these dates using OpenRefine but I wanted to be extra sure that the dates I was uploading were in the correct format after my previous issues with OpenRefine ordering the dates in the wrong format for Wikidata uploads. Therefore, I went through all of the dates and compared the dates on OpenRefine to the original dates. I now have all of the dates in the correct format which are ready to be uploaded once I can get the Gregorian to Julian dates issue sorted.

Aside from my data changes, I also started writing text to explain the visualisations for the website. There will be a paragraph of text that accompanies each map, to explain the dataset that was used to create the map. These pieces of text should hopefully help make the maps very easily understandable for people with little knowledge about Scottish witches. These pieces of text should also act as a disclaimer for the maps so that the maps are not misrepresenting the data within their historical context.

Week 12 – A Whirlwind of Witchcraft Visualisations