After a rather wet and windy spring, we’re all hopeful for a bit more sun this summer. Getting out in the fresh air can do wonders for our physical and mental health, and as we slowly return back to campus, many of us might be thinking of alternative commuting methods to public transport. 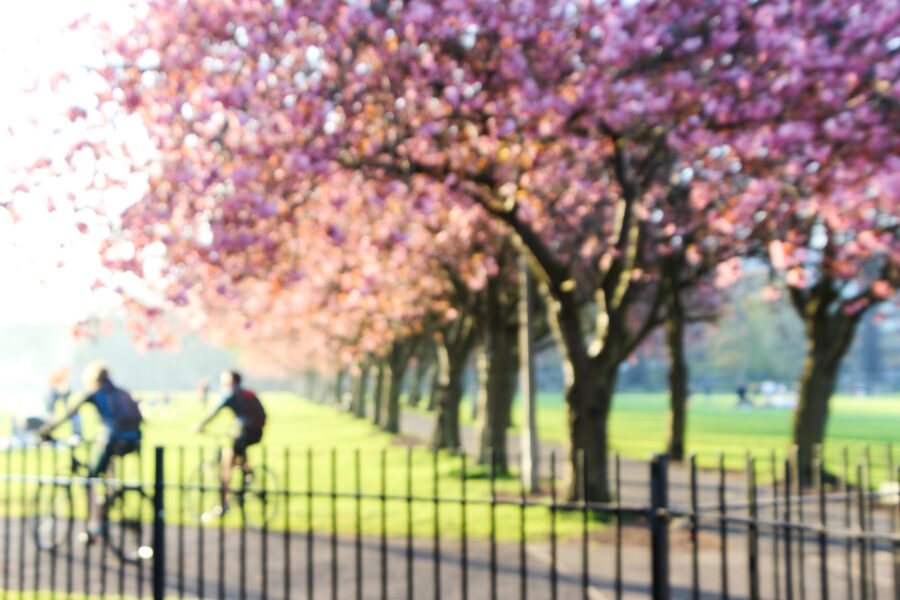 The Cycle2Work scheme is a great option. Through monthly salary deductions, members of staff can purchase a bike to commute to work with. Last year the spending limit rose to £3,000 in order to give staff the flexibility to purchase a much wider variety of e-bikes through the scheme, as well as normal bikes. The cost of the bike is deducted from your salary before tax, which means you can save between 32 to 47 per cent on the usual cost of a bike and accessories. You can choose to pay over 12 or 18 months.

These electric bikes have a small motor that helps to turn the wheels as you peddle, which makes carrying heavier loads, or cycling for longer distances, much much easier. You can change how much, or how little, the motor works so it’s possible to use it as a normal bike too.

Having this extra help means that people who struggle to cycle normally, due to health conditions, injury or even distance, can happily use an e-bike instead. And with a huge range of e-bikes available, there’s plenty to choose from depending on whether you need do-it-all hybrid bikes (best for commuting), off-road mountain bikes, super-fast road bikes, or electric cargo bikes that can transport people or heavy loads.

During the first lockdown, Caron Barker, Assistant Buildings Manager in the School of Biological Sciences, was still commuting to the King’s Buildings as an essential worker. To avoid public transport, she decided to cycle: “My commute is mostly uphill and into the wind. I did it on my normal bike which had been in the garage unused for years and by the time I got to work I was ready to collapse.” 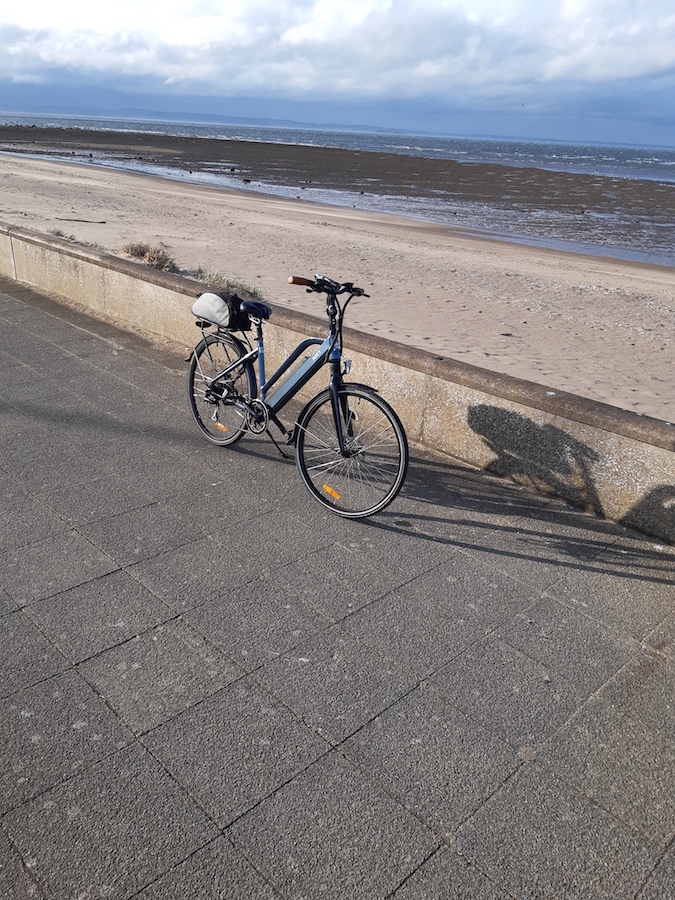 The solution? Caron purchased an e-bike and never looked back: “It makes the journey to and from work fun!  On a normal bike I had to get off and push on the uphill sections and now I can sail upwards with no more effort than it takes cycling on the flat. Sometimes passing other cyclists makes me feel a bit smug too!”

“My commute only takes slightly longer than it would by car and is actually quicker than going by bus. There’s a lot of off road cycle paths in Edinburgh that I didn’t previously know about – going through parks is much more pleasant than being on a road.”

Her advice to anyone interested in purchasing an e-bike is to try some out first to see what best suits you and your journey: “Most of them have variable power settings so if you’re having a bad day or it’s windy you can get a bit more power or if you want to do more exercise you can turn it down or off.”

Vanessa McCorquodale, SRS Projects Coordinator, also found that her 26-mile round trip to work was too arduous for a normal bike: “I tended to cycle two to three days per week, because the energy output was too much to do five days per week. I found myself going to bed at 7:30pm sometimes!”

The final factor that made her consider an e-bike was her carbon footprint: “I wanted to reduce using the car, so that I could reduce my impact on air pollution and the Carbon emissions from the petrol.”

Through the Cycle2Work scheme Vanessa was able to purchase a powerful e-bike, which has also been handy for other journeys too: “I have happily been using it for shopping, which I’m over the moon about. It’s always bothered me that I do the shopping run in the car and under the typical 10-mile distance that many of us use our cars for.”

“The e-bike has allowed me to tow a bike trailer (usually for the pooch) and I’ve switched my click n’ collect fortnightly car journey, to a weekly e-bike version.  I get lots of smiles from the other car drivers as I pull up on the bike, so I’m hoping I will inspire others too.  The trailer can carry 40 kilograms which is heavier to tow, but the e-bike makes it doable and it’s been a brilliant success. I’ve even reduced my annual mileage on the car insurance and saved money.” 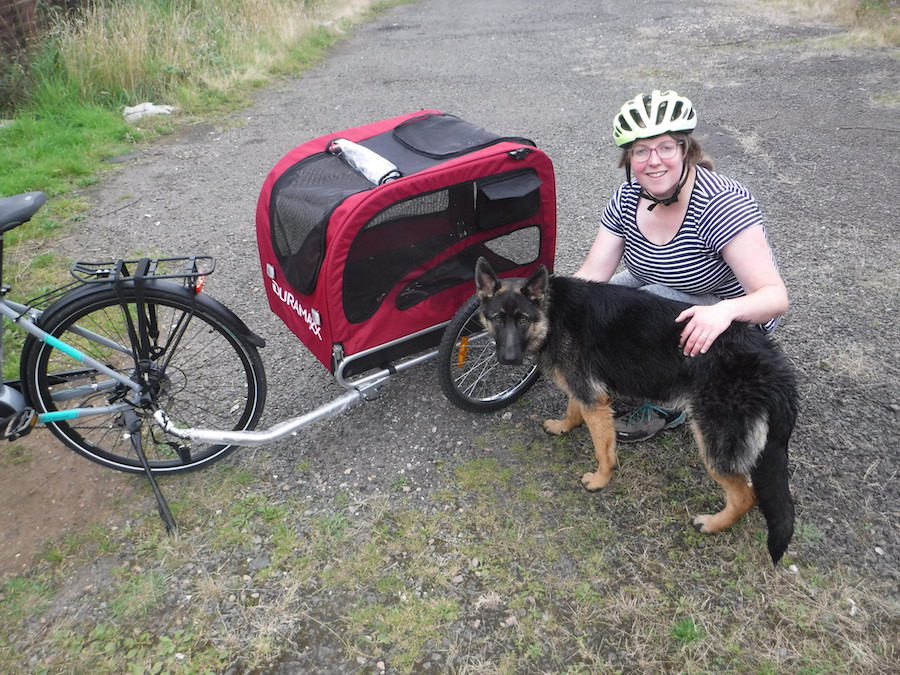 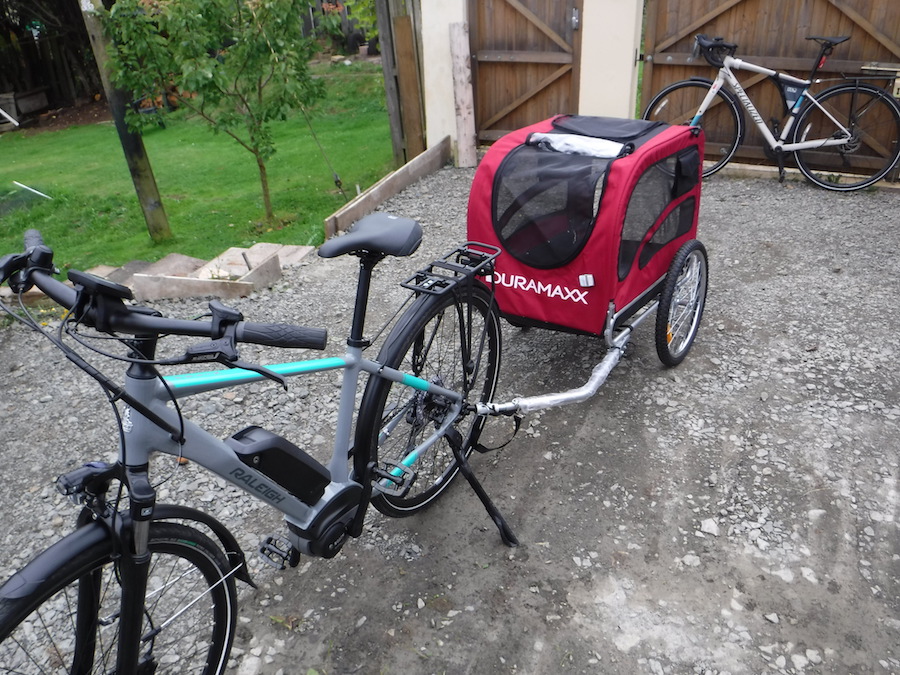 For anyone interested in the scheme, beginner or cycling buff, Vanessa recommends the Staff Cycling Community Group which can be found on Microsoft Teams: “Set up by staff, for staff and is a buzzing lovely community of mixed experience cyclists looking to support each other to keep going.  Come and say hello and ask as many questions as you like.  There are lots of staff with and without e-bikes that you can chat to for advice.”

Bruce Mason, Research Fellow in the Centre for Population Health Sciences, has also been using his e-bike to travel between campuses as well as commuting to work: “Currently I live in Corstorphine and I work in the Usher Institute at Teviot Place and frequently cycle down to Little France. An e-bike means I can commute in regular clothes plus helmet and don’t need to shower afterwards.” 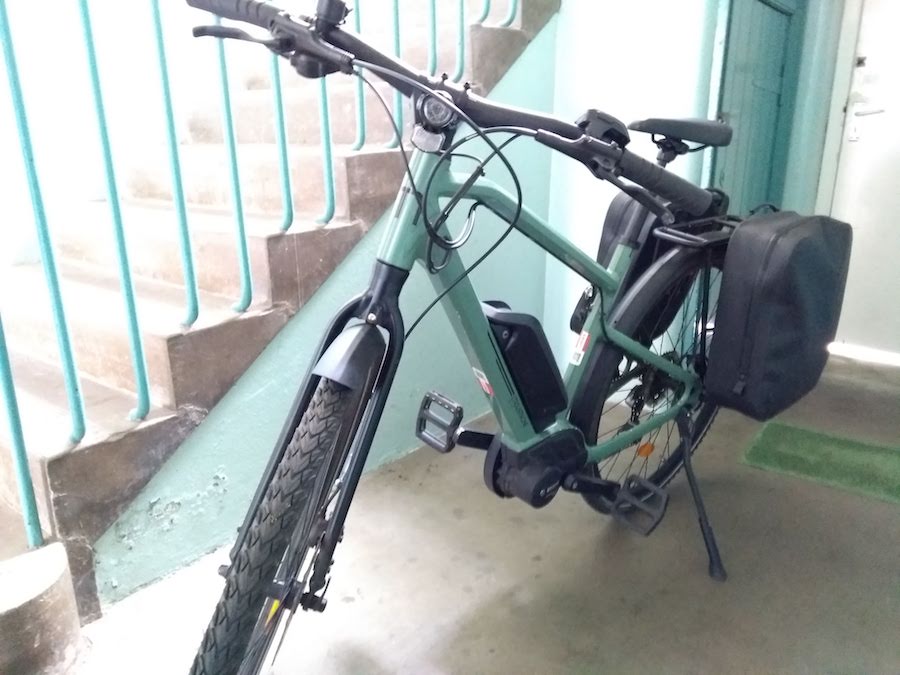 Bruce now takes much more care of his e-bike.

So how has Bruce been using his bike while he hasn’t needed to commute to work? “During Lockdown, my bike has given me freedom to get around Edinburgh without risking public transport whether for necessary chores or exercise. One of the beauties of it is if I want to cycle up Arthur’s Seat for a bit of exercise I can change the assist rating as needed to increase the workout. I can even turn off the assist at which point it is just a normal bike albeit a bit heavier than normal.”

Before purchasing an e-bike, Bruce never gave a lot of thought to looking after his bike: “My rule of bikes was never to spend more than £50 on a second-hand one because it would inevitably get stolen. Since making a choice for an e-bike in 2013 I have treated them more like motorcycles; I spend the money for decent security, get my bike serviced twice yearly and buy tyres that are almost impossible to puncture. This does cost more than a cheap bicycle but a lot less than running a car.”

How do you know if you should look for an e-bike over a normal bike? Bruce explains: “My feeling is that if you’re just a normal person rather than a lycra-clad road warrior, an e-bike will deal with most of what you need to get around Edinburgh without breaking a sweat. If you already enjoy cycling then you probably don’t need an e-bike but if you’re looking for an alternative to a car or public transport and haven’t cycled much or at all in the last few years, an e-bike makes it a lot easier.

“On a February night when I’m slogging up the hill to Corstorphine into the teeth of a hooly I really enjoy just bumping the assist up a level and savouring my life choices.”

You can find out more about the Cycle2Work scheme through the mylifestyle portal on the Staff Benefits hub.

If you have any questions about the scheme, you can contact the Transport Office at transport@ed.ac.uk.

Develop your skills: get involved in leadership and management

The sky’s no limit