One regret, one hope with Tommy J Curry

In this series, Professor Mona Siddiqui, Assistant Principal Religion and Society, chats to members of our community to find out more about them. Each fortnight she’ll be asking, what is the one regret that has shaped their past, and what is their one hope for the future. 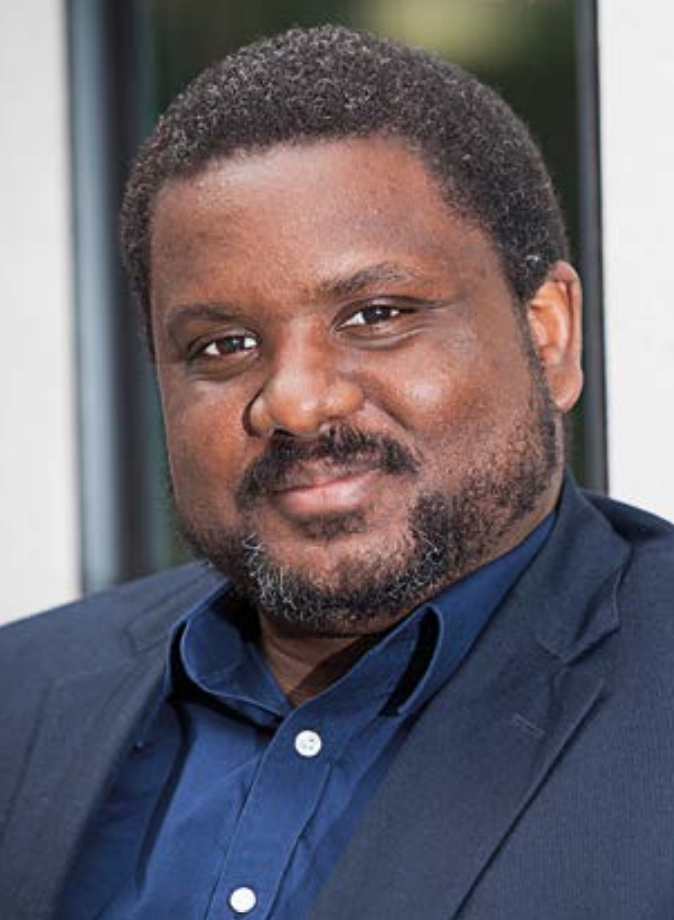 Mona Siddiqui: So Tommy, you came from Texas to Edinburgh. First of all, how has that move been for you?

Tommy J Curry: It’s cold! I think the move is most marked by the weather here – it’s amazing how many seasons pass in a single day in Scotland.

MS: Why did you leave your University, where you had a full tenure professorship, to come to Edinburgh?

TC: Under Trump the political climate had changed. I saw that there was a restriction of academic freedom, freedom of speech, and there was a growing hostility to the study of race and racism. In 2017 I was attacked by the alt right along with other Black public intellectuals in the United States and I was disappointed in the response that the conservative presidency, that was lead by Michael Young, made in support of my academic freedom. Besides that, there were growing hostilities to Black and Brown faculty on campus so I decided it was the right choice.

MS: You’re an expert on critical race theory, but can you explain what that actually means?

TC: I say that I study critical race theory because I work through the philosophies and teachings of Derrick Bell. Richard Delgado, Jean Stefancic, Kenneth Nunn, are personal friends and great mentors of mine and we’re trying to develop theories and accounts or analysis that look at racism as being the core of western democracies. So societies like the United States and the UK – how racism actually thrives and is necessary for these societies to be imperial powers or how it is for them to maintain resources while in a political posture of the world.

MS: You came in 2019 so you haven’t been here that long but even in this short time, unfortunately so much of it has been under lockdown, what are the main differences that you’ve found in attitudes to race both as a societal issue but also an academic issue between the US and the UK.

TC: Well I think in the United States race and racism are very popular issues to discuss, but they’re met with a lot of hostility, and outright threats of violence. In the UK I see much more of a denial. There’s this pretence that this society is basically equal and individuals are largely benevolent and that equality is something that people operate with with a general daily sensibility. I find that to be woefully untrue. Over my last year and a half here I’ve seen lots of racism, specifically anti-Black racism, I’ve seen lots of de-emphasising of issues of race and anti-Blackness, for issues of gender, sexual orientation, class.

MS: Would you say that in society generally or also at the University?

TC: I think both. I think there’s a celebration of diversity and difference as long as that difference is largely white but when we’ve discussed issues of race or Blackness or even issues of Islam, I think that you get the same kind of prejudices and biases and ostracisation of members of those groups.

MS: What kind of work are you hoping to do at Edinburgh aside from your academic research, in the University more widely?

TC: I think one of the benefits the University of Edinburgh has over US institutions is there’s not the same kind of hostility and violence towards these conversations. So what I’m hoping to do is actually help change the institutional culture and some of the practices that the University has and utilises to recruit and retain non-white faculty. I’m hoping that over my stay here that we’ll see an increase in Black faculty, Brown faculty, as well as much richer and nuanced conversations of critical race theory, Black Male Studies and decolonalisation that actually matches up with some of the intellectual productions that we see see coming from Black authors in the United States, the Caribbean and various parts of Africa.

MS: Looking back at your recent or distant past, either in your professional or personal life, is there any one major thing that you’ve regretted?

TC: Not buying a heavier coat when I moved to Scotland. I was led to believe that it doesn’t get to freezing temperatures here by a senior member of the faculty in my department. And I have regretted that decision.

MS: Looking forward to your time here either professionally or personally what’s the one hope that you take forward?

TC: My hope is that there’s a real sentiment and will to change. What excites me about being here at the University is the ability and various conversations I’ve had with people that say they want to see a change in Blackness and representation of Black people on campus and within various departments. My hope is really optimistic that the University and some of the people I’ve been speaking to will deliver on that and heading into the next decade or so we’ll see some very concrete and revolutionary changes to how the University operates and it will serve as a hub and a signal to the rest of the universities in the UK that there is a way to go forward with decolonisation that’s both positive and brings about radical, intellectual and cultural transformation.

One regret, one hope with Tommy J Curry / Bulletin magazine by blogadmin is licensed under a Creative Commons Attribution CC BY 3.0
celebratecommunitystaff

A beginner’s guide to lockdown meditation