Many of us were suddenly faced with the daunting task of homeschooling our children while schools were closed. While teachers still offered up as much support as they could, there were concerns about children missing out by not being in the classroom. Valentina Erastova, Chancellor’s Fellow in the School of Chemistry, decided she could help. With Basile Curchod and Matteo Degiacomi, both academics from Durham University, Valentina created Scientist Next Door, an online community of scientists able to teach science and help conduct experiments with children stuck at home. Here she talks to bulletin about the project.

How did you come up with the idea of Scientist Next Door?

In mid-March we were talking with a friend, who mentioned that their kids are now being homeschooled and beginning to struggle with the sciences. At this point it became apparent that this is going to be a universal problem, potentially escalating throughout the lengthy lockdown period. As scientists, we appreciate the importance of hands-on experiences (at university-level it is achieved through many hours of taught labs). And during homeschooling, this key opportunity would be completely removed from children. At first, we spoke to our colleagues and received great support. Many of the fellow scientists were separated from their labs, and the idea of talking about science and demonstrating experiments live for children really excited them. We needed to create a platform to connect families and children, and this is how Scientist Next Door came to be.

What was it like setting this up while being in lockdown?

While we had a clear idea of what we wanted to achieve – that is to support scientific interests and development in children through lockdown – we did not know how to manage it, how large the project would grow and how long it would run. At first, to organise calls with families that we personally know we used WhatsApp. But within a week, the participation of parents and scientists grew rapidly, and it became apparent we needed a bigger, more sustainable platform. We set up a website (www.scientist-next-door.org) allowing any family to get in touch with us through an online form and for scientists to deposit and share materials generated from the calls to grow the knowledge-base of the projects. At this point, with support of professional legal and outreach teams from the University of Edinburgh, we introduced standardised risk and safety assessments for the experiments we perform, and established a protocol for calls to ensure the safeguarding of children and protection of personal information. Each call has a moderator from our side and a parent or guardian. We do not hold 1-2-1 calls between scientists and children. We also ensure that more-or-less the same team of scientists is carrying out calls with a given family. This allows children to get to know the scientists (hence our name Scientist Next Door), to be more at ease discussing science and asking questions. In this format, unique to our project, scientists become in some way role models. We believe this to be crucially important for the future view of science by the children, knowing that personal and family scientific acquaintances and media-imposed stereotypes are among the biggest factors in the uptake of sciences further in their lives. We aspire children to learn how to be a scientist, to stay curious and observing. 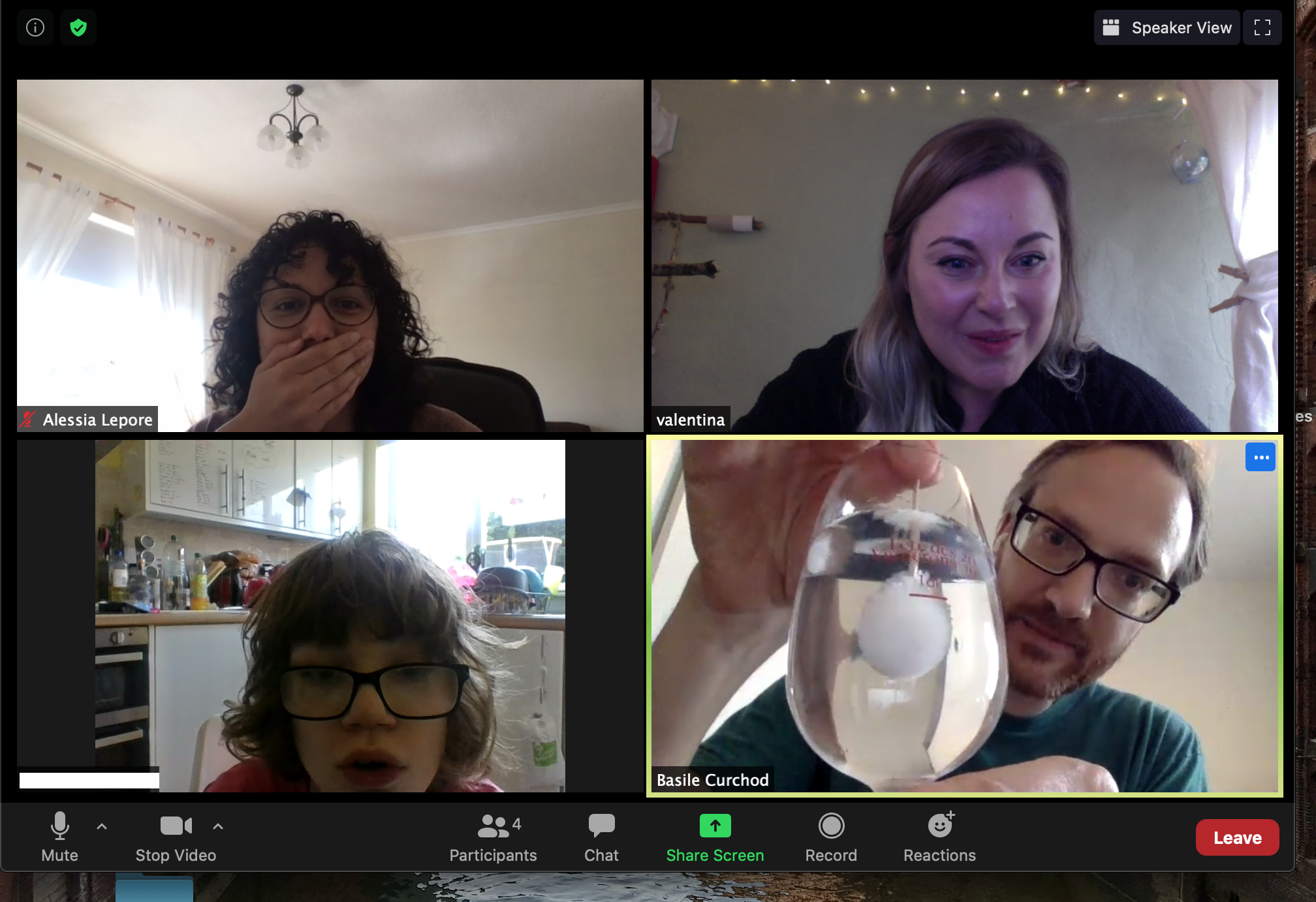 Basile Curchod showing fast crystallisation of saturated solution of sodium acetate. Valentina and Alessia are on the call too.

The response has been incredibly positive! Many scientists, from postgraduate students to full professors, have joined the project, allowing us to form teams of scientists able to discuss subjects interesting to children. Even more surprising to us was that the Scientist Next Door went a bit further away than ‘next door’: scientists from numerous countries like Italy, Spain, Greece, USA, China and Chile have joined us!

Are there ways you might be able to continue the project after the pandemic has ended?

While the original goal was to support children’s scientific interests through the pandemic, the feedback we have been receiving from parents and the changes of children’s engagement with sciences we saw during our interactions, made it clear that the project should continue beyond lockdown. Our initiative revealed a deeper challenge with teaching science to kids – numerous children do not have the opportunity to get excited by science during their curriculum or to think of science around us and to test their ideas in an experiment. We understand that as lockdown eases off, schools will reopen and scientists will return to labs, we will not be able to maintain calls at the same weekly frequency. Nevertheless, we plan to continue calls in a similar format, supporting children’s scientific interests through discussions, and demonstrations. Furthermore, we will continue to run days or week-long experiments in parallel with children (see colouring flowers, weather monitoring, dissolving eggshell, growing geodes for example) allowing us to take time and record observations for discussion together.

The Royal Society of Chemistry has recently awarded Scientist Next Door with an Outreach Grant, allowing us to pursue our activities beyond lockdown and the pandemic. 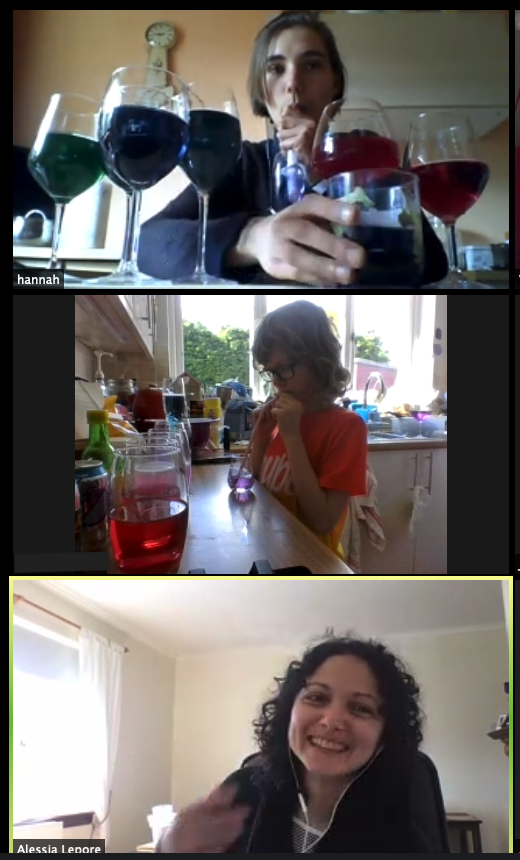 Hanna demonstrating how carbon dioxide will change the acidity of water. By exhaling into water with red cabbage pH indicator.

What can you say about the experience of collaborating across Universities?

The support from the scientific community was incredible! Working together on the same idea just showed again how fruitful collaborations are! We are so excited with more scientists joining us, from different countries and disciplines, of various scientific ages and experiences. Personally, we felt supported by our colleagues, even when the lockdown was difficult we always looked forward to the calls and setting up yet another experiment. We feel that along the process of creating Scientist Next Door and sharing our passion and excitement for science, we also made new friends with people we would have not met otherwise.

Scientist Next Door: bringing science alive during lockdown / Bulletin magazine by blogadmin is licensed under a Creative Commons Attribution CC BY 3.0
communitycreativelearninglockdownstaff

How to stay creative at home – photography